ABOVE: On the evenings of Friday May 25 and Saturday 26 at the Queen Elizabeth Playhouse the Vancouver Junior Band put on a Pageant of Music. The Master of Ceremonies was Ted Reynolds. Selections included Chilcothian Sentinel by Hall, Danse Pavanne by Cacavas, Hymn to Diana by Gluck, Armada by Bennett, Two familiar Hymns by Cruger, March and Chorus by Handel, Americana by Buchtel, Annie laurie A La Moderne by Leonard, Fiesta Finale by Kepner, Drummin’ Thro’ The Rye by Ostling, Prayer and Dream Pantomine by Humperdinck and Finlandia by Sibelius. 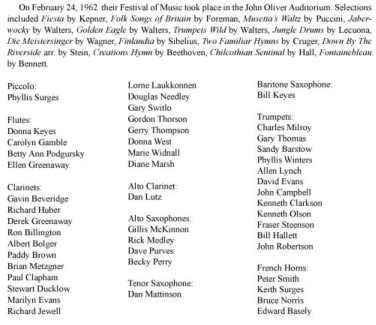 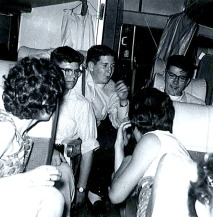 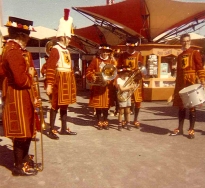 ABOVE: Photos courtesy of Don Jewell 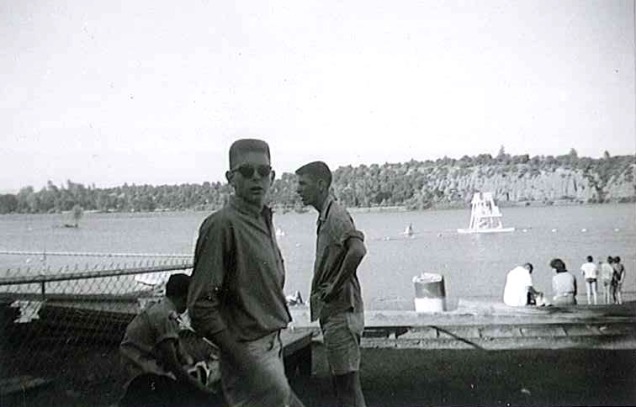 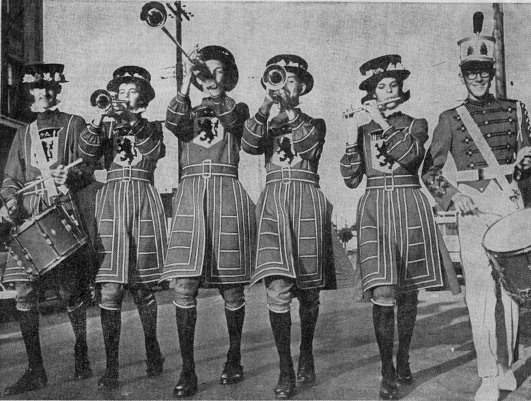 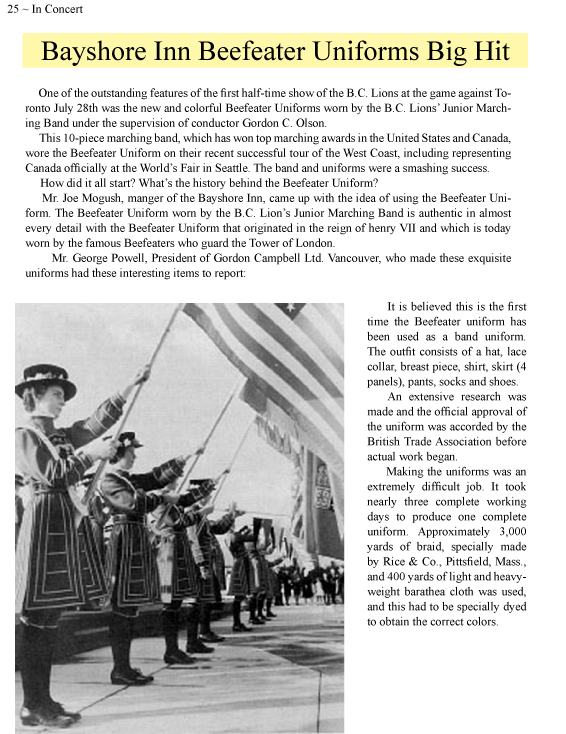 Joe Mogush, a former Bayshore Hotel Manager decided the band’s quality was way ahead of its name. “Call em Beefeaters,” he suggested. “Dress em up like Beefeaters. You’ll get famous.”

Mogush was right, although the odd band member may have cursed his name a few miles into a long parade on a hot day, decked out in the pure wool orange and black rig of tights, knickers, blouse, tunic top and skirt panels, topped with distinctive, rosetted hat and bottomed out by clunky black shoes. The uniforms cost $700 apiece and over the years will be let out, taken in and passed down to hundreds of players.

When Chrysler of Canada became stricken with the promotional value of the Lions’ halftime entertainment in 1962, the budget climbed to $22,000 a season. For a Grey Cup game, Richards got $5,000 to play around with. Even in those days of Dinah Shores, Frank Sinatras and Bing Crosbys, that was musical extravagance at its best. And to think it all started with a song, a girl from Edmonton with a talent for writing lyrics, and a band-leader who originally didn’t know Indian Jack from Hiawatha. The song was Sunshine of Your Smile. The new lyrics, which have since become a Lions’ trademark, were written by Peggy Nichol, a script writer for an Edmonton radio station and a friend of the B.C. Lions’ first treasurer, Ned Wigington. The band leader of course, was Dal Richards. 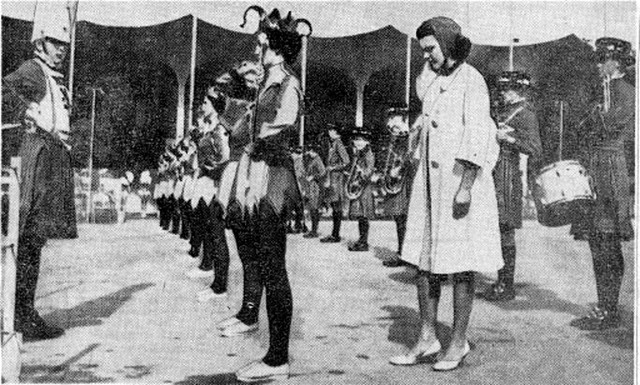 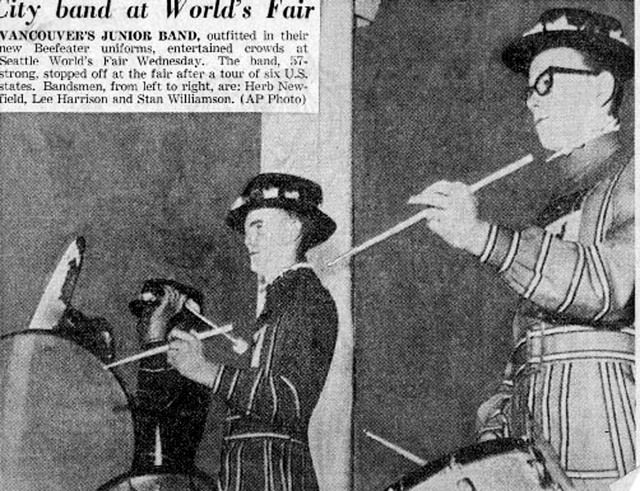